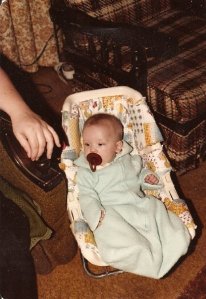 Tim was born in a small town in West Virginia, a fact that he sometimes Denys. But for here, it’s the actual truth. His love for music and theatre started at a young age, as he was encourage to sing and play an instrument. His wonderful parents would take him to every theatre that was available (and there wasn’t much) and his love for the arts turned from something he liked into a career possibility.

Upon entering High School, his family up and moved to Danvers, Massachusetts; the town where both of his parents grew up. It’s here that his love for theatre and music took a flying leap forward. He became very active in High School theatre, and this prompted a move to major in Acting at Adelphi University. 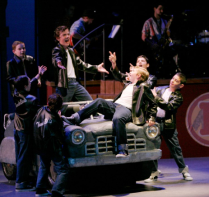 During the transitional time, Tim and a bunch of friends started a small theatre company, Danvers Youth Theatre. The mission was to provide shows that were not being done in the area and to donate some proceeds to a local charity. Tim went on to run and nourish the company for a 10-year period where they performed everything from “You’re a Good Man, Charlie Brown” to the “The Rocky Horror Show.” These shows and these people became some of the best theatre experiences of his life.

In college, Tim’s focus turned from Acting to Directing (with help of running his own theatre company.) He was active in the University Program, but also ended up running the theatre club where be began producing and directing two to three shows a year. 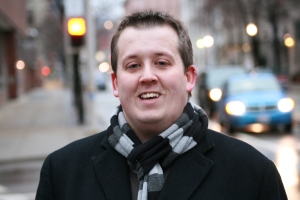 Upon completion of college, he began directing whenever and wherever he could. He began working in the education department at the North Shore Music Theatre, teaching and directing, and also running wardrobe.

Over the years he taught and directed at many different places including the Cincinnati Playhouse in the Park, Boston Children’s Theatre, as well as several Theatre’s and companies in New York.

His management career took off when he became a production assistant and eventually a company manager for The Radio City Christmas Spectacular starring the Rockettes. This led him to his current full time job of General Manager at the Lark Play Development Center.

In 2009, he met the person who he knew he would spend the rest of his life with, Mike Jones (check out his website!). They married in 2012 and currently live in New York City. Their family was completed when they got their little dog Lola. 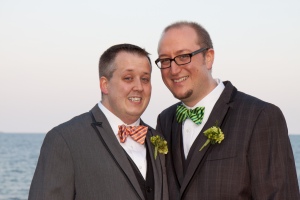